Marc Riboud is born in 1923 in Lyon. At the Great Exhibition of Paris in 1937 he takes his first pictures with the small Vest-Pocket camera his father offered him. During the war, he took part in the Vercors fights. From 1945 to 1948 he studies engineering and works in a factory. After a week of holiday, during which he covers the cultural festival of Lyon, he drops his engineering job for photography. In 1953, he publishes his famous « Eiffel Tower’s painter » photograph in Life magazine and joins Magnum agency after meeting Henri Cartier-Bresson and Robert Capa. Robert Capa later sends him to London to see girls and learn English. He doesn’t learn that much English but photographs intensely. 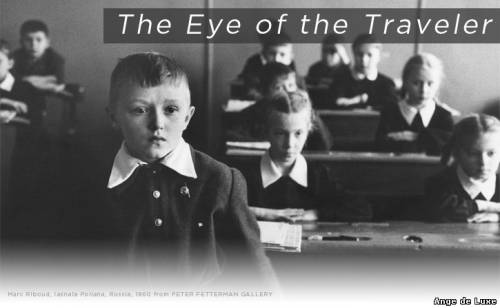